There are three reasons we don’t call Humans Resources:

1. Creative work isn’t linear (a resource refers to the idea of linearity);
2. It ignores the main variable in the result of a team: collaboration;
3. It labels people as if they weren’t capable of learning new things.
Here in Part 1 of ‘Humans yes, Resources no!’, I’ll explore just the first of these reasons.

Creative work isn’t linear
For this discussion, it is worth differentiating manual labor from creative work.

Manual Labor
Manual labor tends to be linear. If a house painter paints half a wall in an hour, one can expect him to finish the job in two hours. If a builder puts up a 1m wall in four hours, one can expect the wall to be 2m high in four hours. Manual labor tends to be linear. This linearity also occurs with material resources: machines, commodities, money etc. But with creative work, the result is rarely linear. In fact, even manual labor won’t be linear if there is muscular fatigue or stress to the body.

Creative work
We’re dealing with knowledge workers. Creative work isn’t linear. If you’re reading this text, the likelihood is you’re a creative worker, so answer the following question:
– What part of your body do you most use in carrying out your job?
Of course, the answer is your brain! You’re different to a manual laborer, whose muscles are generally his main source of income generation. It is only natural that a job which depends on creativity is non-linear.
If your work progressed well in the morning, we cannot assume it will do so in the afternoon. (In fact, one time when I made this remark, I got the following response: “On the contrary, if it went well in the morning, it doesn’t need to go well in the afternoon …”). Unfortunately, we can’t predict our creativity, rendering the result non-linear.

24 hours a day
The perspective of our understanding of the work isn’t linear and can give rise to other issues. Does it really make sense to charge people the precise hours worked? Is the number of hours someone spends at the office what determines their productivity? The truth is, we work 24 hours a day. In fact, when we leave work, the work follows us. 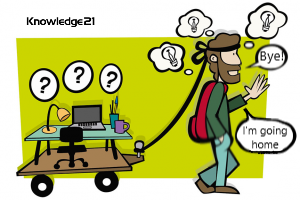 The knowledge worker takes the work home, we leave the office and continue to think about the job. Even in the bathroom people will think about work. This even happens while sleeping. Everyone has dreams about work! Sometimes people wake up with the solution to a problem. Some even leave a notepad on the bedside table, to jot down any ideas in the middle of the night.

Software development
Software development, in particular, has for many years suffered from prejudice. In an unhappy comparison with civil engineering, coding has been considered by some as the simple execution of a specification, like in construction, where builders do what the architect/engineer says. Each line of code is a creative act and each declaration of variable an act of baptism. In market softwares, we can say there are always billions of correct ways of doing things (and trillions of incorrect ones). In other words, in programming non-linearity is extreme.

Non-linear practices (which make sense)
This is why it is so questionable when management is disturbed by:

– Working in pairs. The traditional boss thinks: “I’m paying two guys to do one job.” Of course in linear work, it makes no sense. No one expects two builders to place the same brick on the wall, or two house painters to hold the same brush. However, with knowledge work there are several advantages to working in pairs: we increase our concentration, creativity (see reason 2) and learning (see reason 3). There are more recent variations to working in pairs: Dojo and Mob programming, in which more than two people are actually working together (at one computer).

– Gazing at the ceiling. The traditional boss thinks: “So-and-so isn’t doing anything, I’ll give him a new task to do.” Creativity depends on moments of reflection. Typing at the keyboard or holding the mouse aren’t the most important parts of the job. In fact, typing should only occur as a result of reflection.

– Time to clear the head. Some firms already set aside a leisure area for their employees. The traditional boss thinks: “That guy just wants to fool around.” If the local culture is traditional, there’s no use in having table tennis tables or video games. These areas will remain empty because people will be afraid of being judged. Amusement is very important so the subconscious works freely. Many ideas come out of creative idleness.

Whenever someone criticizes the above attitudes, they probably haven’t yet broken the paradigm of non-linearity. Very often we see management in the role of taskmaster flogging people who aren’t pulling their weight. They end up focusing on micro-management, process control, demanding that estimates be met, among other things. Without breaking this paradigm, they’ll never have self-organized teams and will never reach high performance.

Conclusion:
Now in the 21st century, we’re witnessing a transition in the way we work. Around the world, the workforce is moving from manual labor to creative. And this should also go for our ways of managing people. We can’t use the same tools as we did traditionally. We must create motivational mechanisms which explore our non-linearity in a positive way. Steve Jobs used to say that, unlike a manual laborer, a software developer or designer can work up to 100 times better than another. In other words, our non-linearity allows for exponential productivity, the theme of the second reason why we shouldn’t refer to people as resources.

Join our training to learn more 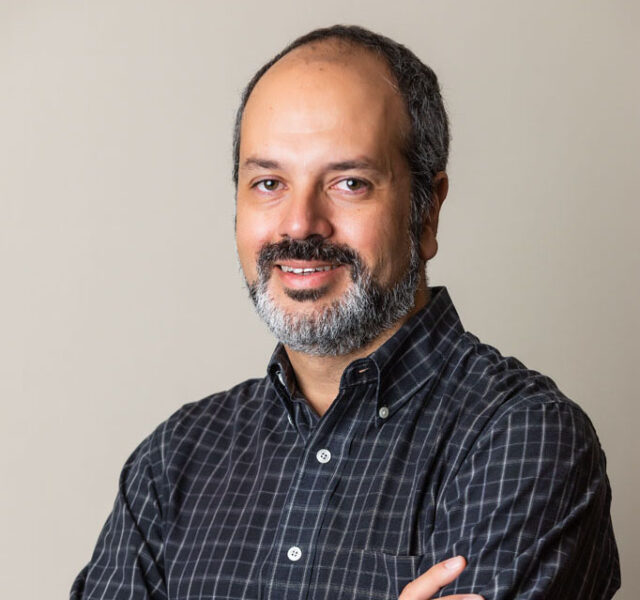