Scrum pitfalls that put your team’s productivity at risk

By observing the behaviors of some teams I’ve been part of, I noticed many patterns that held them back from becoming more productive. Many of those teams would use Scrum, which allowed me to learn about the pitfalls that Scrum teams may face.

In this post, I’ll be sharing them with you so that you may learn from the mistakes of others instead of making them yourself. “Wait, what… Scrum?” — If you are new to this universe, I suggest you read What is Scrum? first.

How to read this text?

(!) Keep in mind that I’ll be discussing pitfalls. Make sure NOT to adopt any of the behaviors or strategies described below, except for the #tips.

Here, the purpose is to connect everyone with the business problem to be solved, besides raising awareness on which metrics we can improve on. It’s about detailing what to do and how.

Want help to take a leap and build a roadmap for your planning meeting? Learn more about building a roadmap here.

Getting to this point without a clear sprint goal

#tip There are three forms of defining a sprint goal:

#tip The goal needs to deliver value to the client. If your team does “X,” what will the result for your client be? This should be the purpose.

Having more than one goal

#tip If you have more than one, at least establish priorities.

#tip Normally, bugs are a technical debt and need to be solved regardless of the score. Besides, there is a change in the team’s natural behavior when it chooses to overlook quality and fix things later.

“We’ll score the issues later and push them into the sprint.” And then comes the moment of the bug resolution sprint.

What are the consequences?

Guaranteeing that the team will fix bugs regardless of scoring makes the team feel “penalized” for allowing a bug to slide by.

Such a habit reinforces positive behavior in the sense of establishing extremely low tolerance towards bugs and effectively taking responsibility for quality. The solution is to reinforce the usage of DoD.

#tip The PO backlog needs to be available for the team to access at any moment. This allows the team to see what lies ahead of them and provide help as needed.

Here, the goal is to coordinate efforts to reach the sprint’s target.

Ask the 3 questions (What did I do yesterday? What will I do today? Is there anything stopping me?)

If anything is stopping me, I should have warned as soon as this impediment first happened! (“Oh, but I don’t always update my board” – That’s another problem, right?) </controversial opinion>

The board is only updated at the daily meeting

Is your board only updated at the daily meeting??? This means that, throughout every other working moment of the day, your team will be subjected to lack of coordination, rework, and lack of visibility?

#tip Update your board as close to real-time happenings as possible.

Not getting started with the sprint goal

#tip Remind ourselves daily about the goal of the sprint and ask if anyone needs help in reaching it.

I suggest you start the day with a Confidence Chart. Then, create actions for the day so that your team will feel more confident in reaching the sprint goal.

The PO says what the team must do

This interferes with the team’s self-organization.

#tip Keep in mind that the development team is self-organized.

Reading suggestion: brush up on the role of a PO.

The SM says what the team must do

This interferes with the team’s self-organization.

Reading suggestion: brush up on the role of an SM.

Holding the daily meeting for the PO

It becomes a status report and reinforces hierarchy (something that shouldn’t exist between the PO and the team).

Holding the daily meeting for the SM

It becomes a status report and reinforces hierarchy (something that shouldn’t exist between the SM and the team).

Here, the goal is to gather feedback on the evolution of the product/service and determine whether we are on the right track.

This type of reasoning works for review meetings and receiving feedback. It should first come from the end client (production), not from stakeholders and management (homologation), not from other teams (development), and not from the PO (local machine).

Disclaimer alert!!! Holding review meetings for the PO is the worst possible scenario. I strongly advise against it, as it would be like having the code only in your local machine. If the PO has to wait for the review meeting to know what is going on, this person hasn’t been doing their job right.

The PO does not take note of feedback

#tip Dear PO, this is the very purpose of this ceremony.

The PO does not announce the sprint goal and the strategy

Not allowing the development team to show what they built

#tip The team must show what they did, as it raises engagement and will to belong.

Here, the goal is to see how we can improve as a team, generally speaking.

Not holding retrospective meetings for “lack of time”

Holding the retrospective meeting after the planning meeting

#tip Apply the improvements of the last sprint in the next planning meeting. This is only possible if you hold a retrospective meeting first.

Lacking action plans or having too many of them

#tip if your action plans are things you do once and “you’re done + successful,” then fine. However, if those are items that you need to repeat regularly, consider adding them to the team’s agreement. Also, make sure to have a team’s agreement.

Keep having the same retrospective over and over

Lacking a clear goal at the retrospective meeting

#tip Dear Scrum Masters, you need to build or run a retrospective focused on the team’s problem that you intend to solve. How to do it will be a team decision.

During the retrospective, the SM brings over the team problem that (s)he wants to solve by using group dynamics. Highlighting the problem isn’t really necessary: let the activity do that for you. Once again, the team will work on how to make the magic happen.

Not updating the Definition of Ready (DoR)

#tip Use this question: “What should have been clear and wasn’t, and would have allowed us to deliver properly?”

A possible answer would be: “Oh, if we had known which spreadsheets to access, we wouldn’t have wasted so much time looking for them and would thus have managed to deliver.”

Great! There you have, a new item for your DoR: all necessary spreadsheets must be defined beforehand.

The goal is to raise problems, needs, opportunities, and metrics, as well as prepare the items for the team.

Lack of clients and stakeholders

Lack of clarity on the problem to be solved

#tip Yes, someone else from the development team should be here, figuring out the business together with the PO.

#tip Generally speaking, the business alignment allows the PO and the team to better understand the demand before creating it, besides aligning expectations from clients, stakeholders, and the development team.

Lacking action plans upon dependencies that will come up

We want everyone from the team to be engaged with technical dependencies and know how to fix them. Here, the idea is to avoid high dependence on technical knowledge held only by 1 or 2 team members.

#tip Technical refinement enables dependence and risk mitigation before the sprint. If you leave this to the planning meeting, it will be too late. The team won’t have enough time to handle any impediments.

Having a good DoR and taking it into account during the technical refinement helps make the work more fluid during the sprint.

Here, the goal is to ensure quality.

#tip Try and make everything as explicit as possible. For instance, instead of writing “Information Safety OK,” try “OWASP top 10 vulnerabilities covered”.

Behaving in a “top-down” manner

I understand that, for many scenarios, the organization has normative and compliance-related needs. It is acceptable that those are replicated to the teams via DoD, but they can’t be all there is to it.

#tip The team needs to list the items that they believe make sense for guaranteeing quality in their respective contexts.

Ignoring DoD when you move an item to “Done.”

Here, the goal is to mitigate risks for the sprint.

#tip It must be specific. Avoid things such as “The team gets the story.” Does it, really? Or doubts will arise mid-sprint?

Use things such as “Map all fields that will be used,” or “Is there a need to create APIs, yes or no?” and other specific features of your work routines.

Not using it for technical refinement

Not updating the DoR at the retrospective meeting, when needed

Being too radical with the items on the list

#tip Keep in mind that the items on this list are explicitly trade-offs about the risk. If the item you are letting go may generate low risk for the sprint, maybe it is acceptable not to follow it.

Are there loopholes or pitfalls missing in this list? Leave a comment, and let’s chat about it! 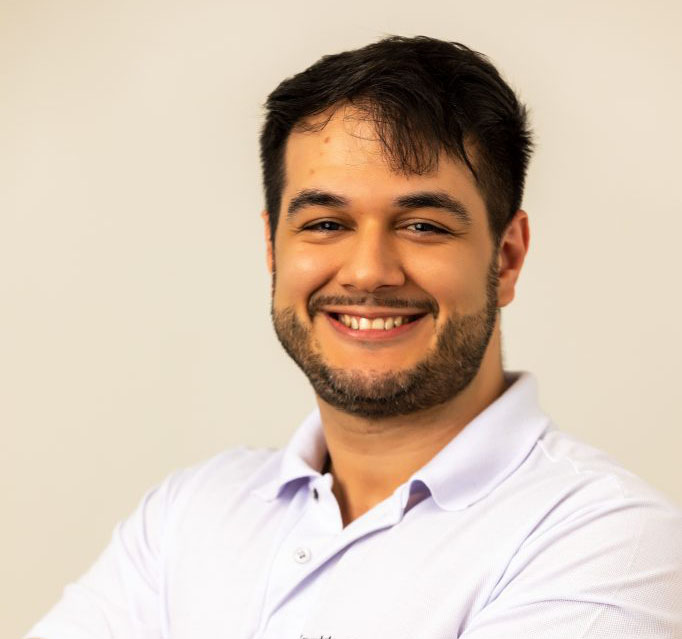 Agile Expert at Knowledg21, Renan is a certified PSM, CSM, A-CSM, CSPO, CSD, KMPI and II, Management 3.0, and Flight Levels. He holds a Technology Management degree from Infet and a Music degree from the Federal University of Rio de Janeiro. For over five years, Renan has been working with...