Agility and Moral Harassment in the Workplace

In this post, we’re going to talk about hostile work environments for individuals, and how agility plays an important role in breaking the patterns that foster moral harassment.

What exactly would constitute a threat in the workplace? Losing your job? Losing your salary? Disliking the work that you do? Being treated harshly?

Some examples of remarks made by managers to employees:

“Trainees are always screwing up!”

“You pulled the company out of the gutter, but then you threw it into the mud.”

“If you get this wrong, I won’t be able to trust you.”

“You have to know your place.”

“You are nobody here.”

Some of these are very harsh, others are more ordinary; but they are not unheard of at an office environment. It’s frightening to see how systemically this happens in an environment as important as the workplace. So, before we move on, let’s stop to talk about this context.

How much is your work worth?

Is your work truly important? What part of it matters the most to you?

Besides the obvious reply – the financial reward – what is it about your work, in your view, that makes you human?

When we look into fields of study that focus on this subject, such as psychology, sociology or philosophy, we find many claims that work represents a fundamental part of human life and of the development of individuals.

It goes way beyond salary or how today’s society is organized. Instead, it has more to do with personal fulfillment, feeling useful, finding meaning in one’s daily life and having a purpose for the future.

Work represents a great deal of our identity.

It’s easy to see this when we’re introduced to someone or when we ask, “who is he?” Almost always, the answer will be related to their profession: “He’s a developer at WYZ;” “She’s a pediatrician.” What you do for a living says a lot about who you are.

There’s a well-known statement that summarizes this in simple terms: “Work dignifies man.”

But what is dignity, exactly? The etymology of the word summarizes it well: dignitas: “that which has value.”

Therefore, work is a crucial activity for:

Since work is so important, what happens when it fails to cultivate these pillars, but instead threatens them?

It’s as if, suddenly, food poisoned you, water made you thirsty, or your house failed to protect you from the rain. This leads us to the threat we’d like to highlight here.

What happens to a human being when s/he loses his or her identity, value and purpose?

The most common psychological symptoms are stress, anxiety and depression. Taking this to the extreme, we might say that the individual somehow becomes less human. Some behaviors that can be observed are listed below:

This whole pattern of harmful behavior in the workplace is characterized as moral harassment.

There is some prejudice against this term, which is often completely ignored or approached in an oversimplified, practical manner. If this happened to you, it would be simple or naive to believe that the harasser is the only one to blame, when in fact, both the harasser and you are merely actors in the scene that constitutes harassment.

Usually, this isn’t an isolated problem in a company, but the result of a damaged culture, which creates the conditions for harassment to occur. Taking a closer look at cultural characteristics, we commonly find items such as:

As you can imagine, this is a global problem, which can be observed in companies in every industry.

Sociologist Valquíria Padilha did a case study on the banking sector, and she says:

…in 2013, 66% of banking professionals reported suffering moral harassment in the workplace. Of these, 80% have found themselves in unpleasant situations in the workplace at least once a week. In 2009, one suicide attempt per day was reported in the banking sector.

The main cause of moral harassment is pressure to meet targets. The biggest problem of this form of management is not just low efficiency – it’s that people lose their lives.

Where does agility come in?

Agility creates an innovative culture geared to the workplace. Its values and principles are described in the Agile Manifesto, which was originally written in the context of software development.

In workplaces that already have an agile mindset, there should be no room for cases of moral harassment.

Do you think it’s possible for a company to have an agile culture, and for moral harassment to still occur in its offices?

If you think this is possible, could it be that this company is using agile practices – which are great for the business and productive for the operation – but that it is being careless in a certain area which is equally important to agility?

A common concept in agility is that happiness is more important than value, since generally the true value of a business includes making a client happy. And delivering happiness without having internal happiness is very unlikely.

Shouldn’t we be striving for individuals and interactions over processes and tools?

In agility, there’s something which is more relevant in the productive process than efficacy. Delivering value is a local optimization; the greatest benefit is changing the way people relate to work.

Okay, so what do we do now?

Some agile tools and practices provide direct solutions to a culture of moral harassment.

A large collection of management practices that counteract the culture of command and control and offer several practices, such as Delegation Board, Moving Motivators and Meddlers.

A tool that can point to bottlenecks in processes. Because it has Lean culture at its core, it has a unique view of the deliverables and it helps clarify the purpose of everyone involved in the value chain. Kanban also addresses the topic of 100% allocation, strongly advising against it.

Notoriously used by Google, OKR is a model for organizing targets in a more concrete, objective and inclusive manner, as opposed to oppressive accountability models, which usually don’t really help the company.

This topic might seem foreign to our routine, or even out of the picture altogether, but this is because it’s taboo, which ensures that the problem remains under wraps. As I see it, agility has been promoting drastic change in the way people relate to work. All companies suffering from moral harassment and other workplace-related ailments should absolutely try taking this road. 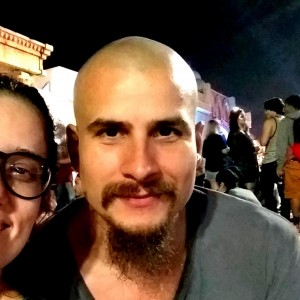